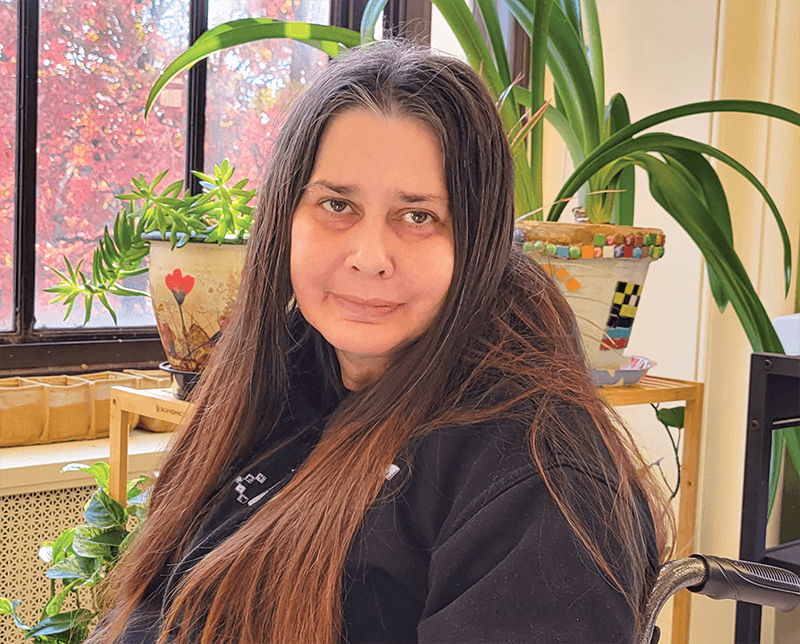 Since arriving at Broadway House, Christine had one dream: To return home to Connecticut and live with her mother. That dream became a reality on July 11, when Christine’s mother and brother picked her up to start her new life.

Christine, whose story was initially featured in Broadway House’s holiday appeal last winter, had arrived at Broadway House in rough shape. The death of her fiancé had sent her into a downward spiral and years of substance abuse, homelessness, and uncontrolled HIV had taken their toll. Entering hospice care, Christine wanted to die. Yet, the professionals at Broadway House refused to give up on her. Christine benefited from a full range of services including expert medical care and medication management, intensive substance abuse counseling, social services, and emotional support from trained mental health professionals. Maria also helped to reconnect Christine with her family in Connecticut, working directly with them to plan for her discharge.

It took a lot of support from an interdisciplinary team, and by last spring, Christine’s HIV lab levels were stable. She had also developed the ability to handle the day-to-day tasks of caring for herself and living independently. Reflecting on her experiences at Broadway House—and the new life she is starting with her family—Christine says, “I am grateful for all the care I received while I was here. Broadway House saved my life.”